The Decarbonising Transport in Latin American Cities (DTLA) project aims to help policy makers in three Latin American cities (Bogotá, Buenos Aires and Mexico City) to achieve their CO2 reduction ambitions for the transport sector. In collaboration with the Inter-American Development Bank (IDB), the ITF will provide local policy makers with better quantitative evidence on the actual impact of CO2 mitigation measures. To this end, the ITF will develop strategic transport models for each of the three cities. They will allow decision makers in the cities to test and select the most effective policy pathways for achieving their transport CO2 reduction goals to 2050. 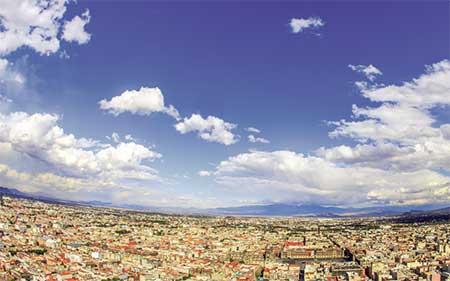 Four online meetings allowed the ITF and Mexico City authorities to discuss insights on how the model and integrated policy measures will work. The meetings also aimed to enable local technical staff to use and update the model themselves. City authorities provided insights on which scenarios should be modelled, including information on respective model settings. The meeting series allowed ITF to create model outputs for two realistic scenarios that can input to the final project reports. 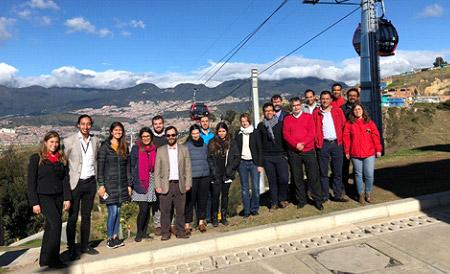 Initial feedback on progress in modelling and the main policy conclusions to date kicked-off the DTLA project's third workshop. ITF provided an overview of the new model and presented the challenges for future modelling work, as well as related data needs. The workshop brought together representatives from the Bogotá mobility secretariat's modelling and environmental teams, as well as representatives from Buenos Aires and Mexico City. Local public transport operators provided useful insights into the workings and challenges of Bogota’s transport system. The meeting also encompassed site visits including to the BRT (“Transmileno”) terminal (Portal Americas) and to “TransMiCable” (photo)  – Bogotá's recently-opened cable car aimed at improving accessibility for one of the city's most deprived areas. 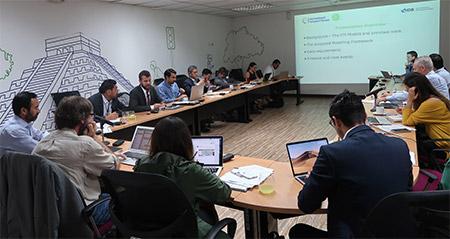 Mexico City's transport policy priorities, options for tackling CO2 emissions and their financing formed the basis of this workshop's discussions (photo). Representatives from both local and national authorities from the metropolitan areas of Mexico City and Bogotá, as well as 20 other experts from international organisations and NGOs, explored regulations, including Mexico City's Hoy No Circula programme. The scheme's focus is improving air quality in the Mexican capital and includes coordinated programmes in the State of México, requiring reciprocal agreements across states. The discussions also raised other CO2-cutting solutions including micro-mobility solutions, such as shared bike services. 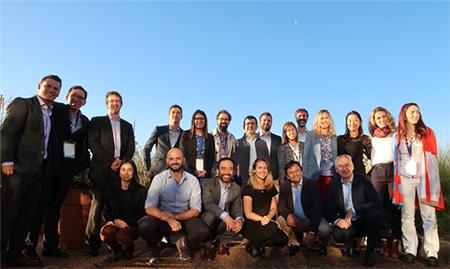 The ITF and IDB kicked-off the project and held a first expert workshop bringing together local and national authorities from Bogotá, Buenos Aires and Mexico City, as well as 20 experts from international organisations and NGOs (photo). The aim of this workshop was to introduce the project and its expected outputs, understand the most important transport policy challenges facing the three cities, and explore the availability of data that will help ITF build strategic transport tools for each of the three cities. Representatives from the three cities shared their current policies and action plans for CO2 mitigation in urban transport. They also outlined inter-organisation efforts to implement national climate change action plans. Experts from international organisations including the World Bank, ITDP and Centro Mario Molina presented their views and showcased experiences from other Latin American cities.

Go to the Workshop Agenda (PDF)

The DTLA project is part of ITF's Decarbonising Transport initiative.

Stay up to date with project developments by subscribing to ITF's Newsletters and Publication Alerts.