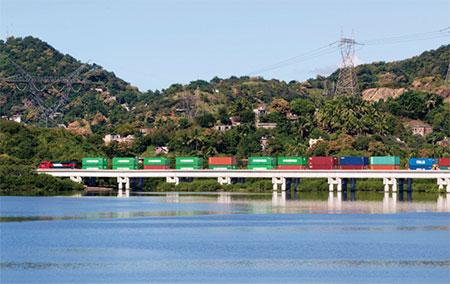 Mexico has seen a transformation of its freight railway in the last fifteen years, from a declining operation increasingly dependent on large government subsidies, to a very productive and technologically improved system that operates profitably without public subsidy. The country’s rail system is now a key driver in the cross-border integration of the manufacturing sector that has developed under the North American Free Trade Agreement and the productivity benefits this generates for the region. The performance of the Mexican rail system is therefore of strategic importance not only to Mexico but to North America as a whole.

Effective competition within railways and with other modes of transport has a strong positive influence on cost efficiency, tariffs and rail service quality. At the same time, the nature of railway cost structures suggest that unconstrained head-to-head competition between operators on the same tracks can lead to some loss of operational economies of scale and scope. This study reviews the performance of Mexico’s freight railways and the strengths and weaknesses of the current framework for competition in rail freight. It examines the commercial and public policy objectives for the sector and the performance of the national industry over time. It also benchmarks performance against railways in other countries with a similar market potential for rail transport.

This report is part of the International Transport Forum’s Country-Specific Policy Analysis (CSPA) series. These are topical studies on specific transport policy issues of concern to a country carried out by ITF on request.

Video of Ask the Author: Zero Carbon Supply Chains: The Case of Hamburg This report assesses the potential of zero carbon supply chains via a case study of the freight transport chain...

The International Transport Forum has developed a set of modelling tools to build its own forward-looking scenarios of transport activity. Covering all modes of transport, freight and passenger, the...