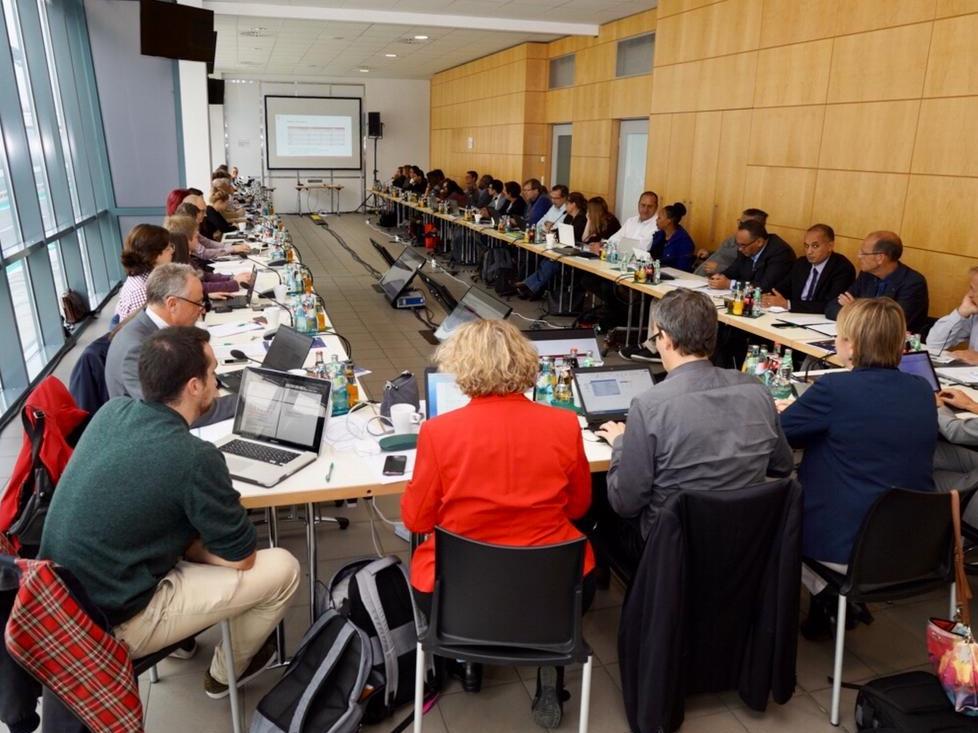 The ITF's permanent working group on road safety met in Germany from 22 to 24 October, hosted by member Dekra at their research centre in Klettwitz near Dresden. The agenda kicked off with presentations on the road safety strategies and recent developments in Norway, Colombia, South Africa and France. Other topics on Day 1 included an update on the European Union's work on Safety Performance Indicators, a review of road safety implications of Big Data, and a discussion on new forms of mobility, notably of electric bicycles and e-scooters.

The report of the sub-group on exposure data on Day 2 was followed by presentations of crash risks for children and an analysis of the role of speeding in crashes in the Netherlands using a new methodology. The ITF Secretariat reported on the status of the IRTAD database, complemented by the report of the sub-group on the database's further development. A session on the collection of injury data included an update on the EU's collection of MAIS3+ data and on their inclusion in the IRTAD database.

Agenda items on Day 3 included the preparations for the 3rd UN Ministerial Conference on Road Safety in February 2020 in Stockholm, a report on ITF's Safer City Streets network and an update on latest developments with respect existing and planned Road Safety Observatories. Members also shared the outcomes of recent surveys undertaken on

Go to the IRTAD webpage