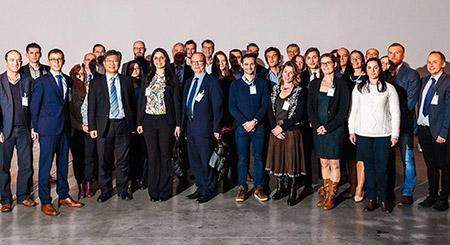 The 2nd meeting of the Safer City Streets network took place on 7-8 December 2017 in Brussels. The meeting was jointly organised by the ITF and the POLIS network, in coordination with the POLIS conference.

Linda Meleo, Councillor for Mobility at the City of Rome highlighted the need to protect vulnerable road users, including the older population which makes up the majority of pedestrian fatalities. Rome launched a Vision Zero programme in 2016 and is integrating road safety in its Sustainable Urban Mobility Plan. Rome was an early member of the Safer City Streets network, shares road safety data with the ITF and offered to host the next meeting on 11-12 April 2018.

The second day of the meeting was hosted by the VIAS institute, formerly known as the Belgian Road Safety Institute (BRSI). VIAS presented some of their innovative and cost-effective survey solutions on attitudes/behaviours/mobility, offering the possibility to cities (not only national governments) to adopt such surveys.

Lewis Dijkstra, Deputy Head of the Economic Analysis Unit, European Commission DG REGIO, presented some of his team’s findings, by degree of urbanisation, revealing a much greater risk of fatality in rural areas. He also presented data on travel patterns in cities, data which was collected as part of the State of European Cities Report 2016.

The ITF Safer City Streets initiative offers a platform for road safety experts working with cities to share their experience and build a global dataset for urban road safety and mobility. It was launched in October 2016 at the UN Habitat III Conference. Thanks to the support of the FIA Road Safety Grant programme, as well as the support from the International Traffic Safety Data and Analysis Group (IRTAD), it has grown rapidly to include more than 40 cities.