Effective planning for transport infrastructure such as ports and their connections to roads, railways and inland waterways, requires foresight regarding future maritime trade flows. The density of these flows will be driven by the demand for traded goods and the cost of transporting them. However, the configuration of flows might be determined by maritime business strategies, new inter-oceanic infrastructures and emerging transport corridors. This ITF Roundtable discusses these determinants for maritime trade flows and develops an analytical framework that can be used by countries to evaluate impacts on their transport systems.

The demand for traded goods is influenced by a variety of factors, such as the level of integration of the global economy, population growth and middle class growth patterns in developing countries. Transport of fossil fuels, such as oil and coal, represents a large share of maritime transport flows, so diversification of energy supplies and transitions towards renewable energy will have significant impacts on maritime trade flows.

Demand for traded goods transported by sea might be sensitive to developments in maritime trade costs. The global sulphur cap that will be applied in 2020 may almost double maritime transport costs. Possible future greenhouse gas mitigation measures for the maritime sector would add more costs. These cost increases could translate into less maritime trade and modal shifts towards intercontinental train corridors. The reconfiguration of maritime flows, towards the shortest and cheapest routes is also a possible consequence. At the same time, the business strategies of maritime companies also have a direct impact on trade flows. For example, container shipping has been driven by a model based on economies of scale that has resulted in industry concentration, as highlighted in the ITF report “The Impact of Alliances in Container Shipping”. This could lead to the emergence of a few mega-hub ports that attract most of the maritime trade flows. 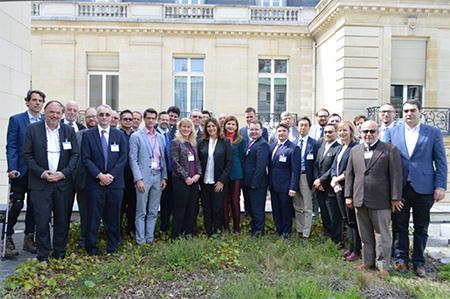 International freight flows are not simply the outcome of the inter-regional interplay of demand and supply of traded goods. They are determined to a considerable extent by infrastructures such as inter-oceanic channels, by maritime transport costs and business strategies of maritime companies. The recent expansion of the Suez Canal increases the capacity for the Asia-Europe trade lane. The Panama Canal makes it possible for larger ships to cross the canal and has changed the configuration of some trade flows from Asia to the US, resulting in more Asia-US East Coast trade flows. A true game-changer in this respect could be regular commercial navigation along the northern sea route, which becomes increasingly viable due to melting Arctic Ice. This would have profound impacts on existing maritime trade routes, ports and related business activity.

Receive a free publication alert when this Roundtable Report is published

Go to photos from the Roundtable